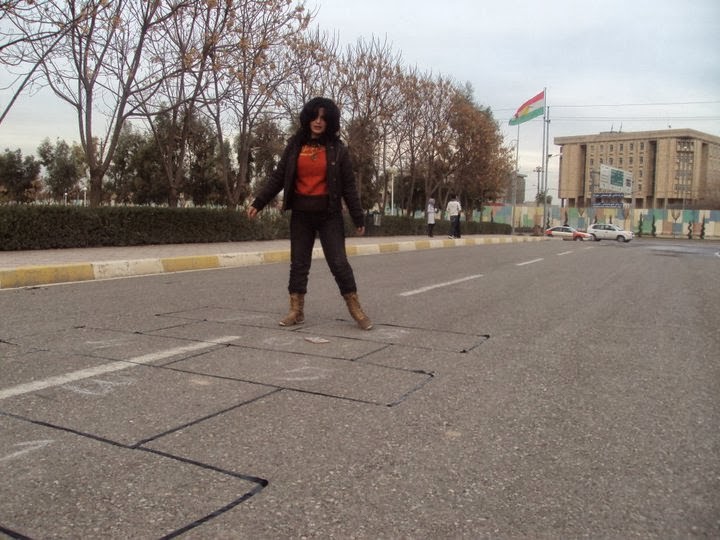 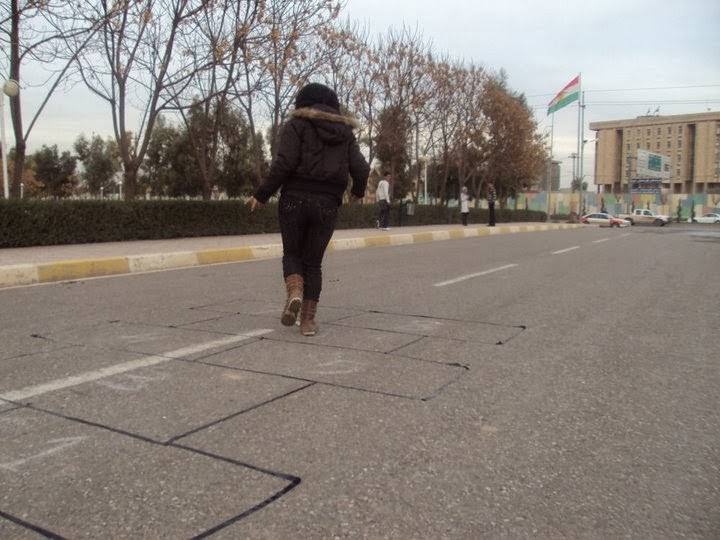 Protest. Art and Politics Performance Art 2010  by Poshya Kakl and Wirya Budaghi (in front of parliament Kurdistan).We are Artist and we cannot go out of Iraq, it is a big problem for us because we want to Show our actions for world in other of we came to in front of the parliament of Kurdistan, we playing with our political identity by the children gaming, we are Artist and we don’t not need it.
Show more
No comments:
Email ThisBlogThis!Share to TwitterShare to FacebookShare to Pinterest 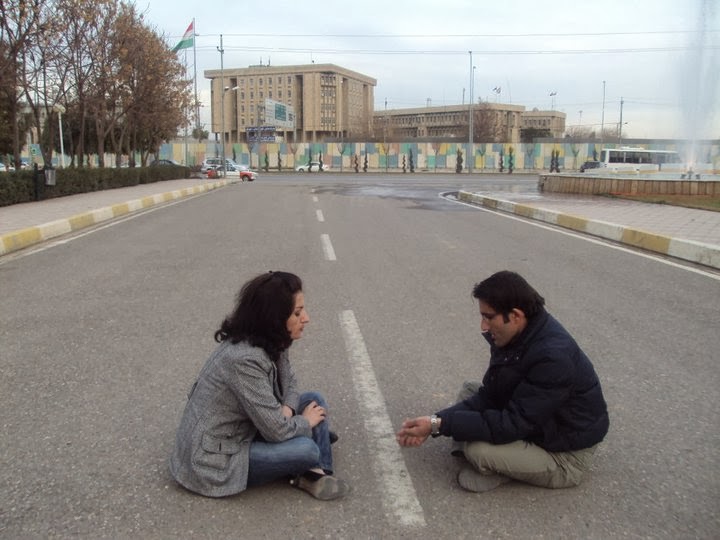 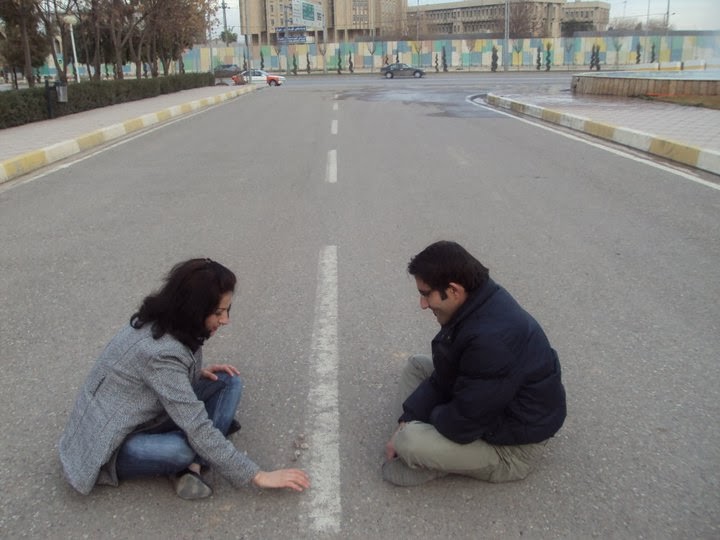 Performance by Wirya Budaghi and Kurdistan Zrar (In front of parliament Kurdistan).
I’m Iranian Kurdish, I could not life in there, I was fled for totalitarian system of Iran. I was went to the Kurdistan of Iraq before 6 year ago, I was married with girl from Kurdistan of Iraq, But until now I don’t have identity from Kurdistan of Iraq and do not let me to doing any formal work in the government. I have only vacation to living in Kurdistan of Iraq and I cannot comeback to Iran also I have not any choice. I insubordinate with all law in here.
I tell you: I’m am an Artist and I don’t know why I must to identity for living in any wehere?identity is not define me like as an Artist and Human. Now I’m not Iranian and Iraqi and I’m not from any where. I’m an Artist human and because of it I am and my wife’s Kurdistan are gaming in front of the parliament like as a child. 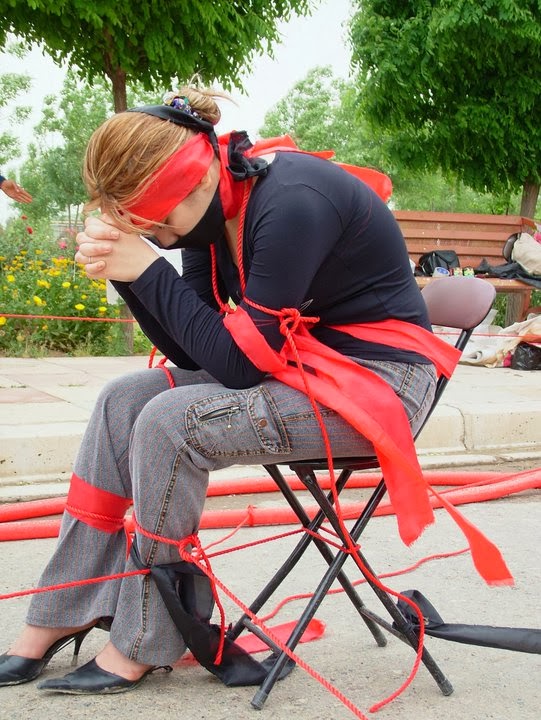 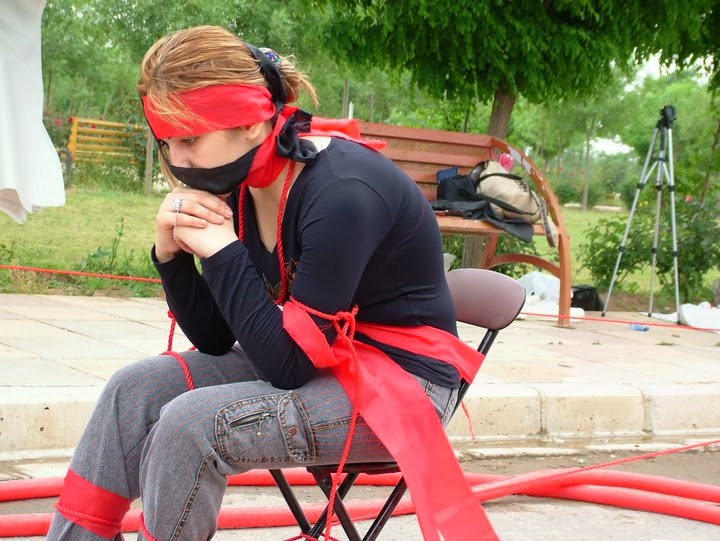 Performance art project in the name of (environment) in “Shahid Sami Abdul-Al-Rahman” Park. For 3 hours in the ark. I want to show more problems for youth in Kurdistan and bad condition Kurdish youth in Kurdistan


Show more
No comments:
Email ThisBlogThis!Share to TwitterShare to FacebookShare to Pinterest 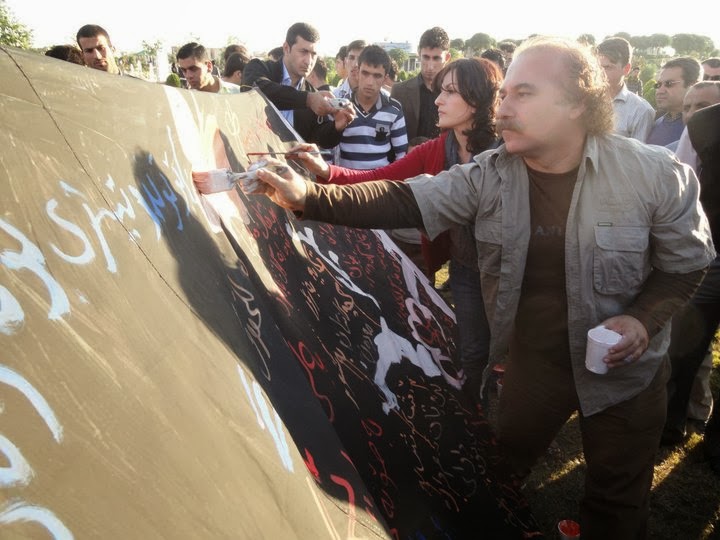 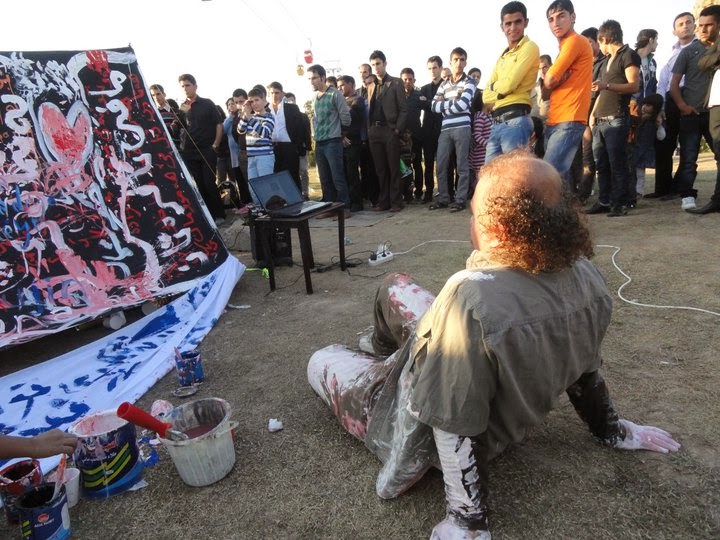 By way of universal weekly anniversary to abandon violence against women.Its aim is to make connections between people and the female prisoners who are in prison because of gender- based violence. By the land written messages the prisoners expressed their agony, as a result of variable violent disputes by their family and society, most of them committed crimes and stepped over the social border. We communicated their massages to people outside the prison and they read them around the black tent. Commitment of crimes by members of their society stood out as a symptom of troubled house. Later people answered their message by colorful replies full of human. Lovely and sweet words, and subsequently changed black tent to a bright-colored tent. As the prisoners received the massages by video type, it certainly made them happy when they knew that there are people who treated them in a good manner and confessed that their families, faults caused their imprisonment
Show more
No comments:
Email ThisBlogThis!Share to TwitterShare to FacebookShare to Pinterest 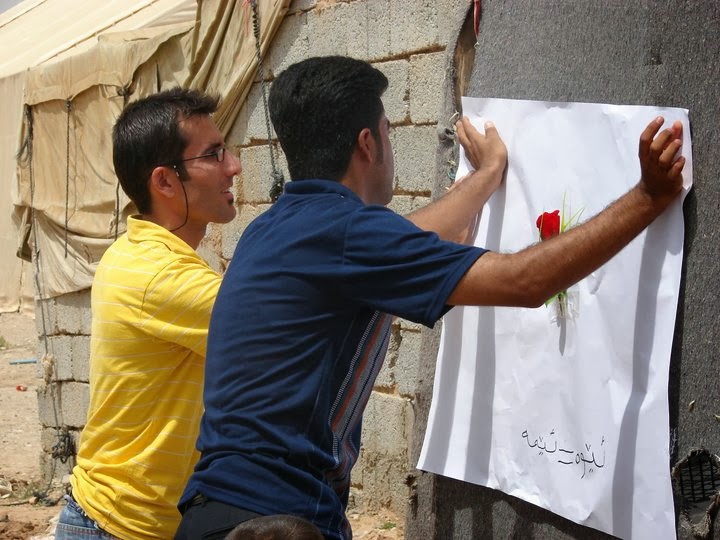 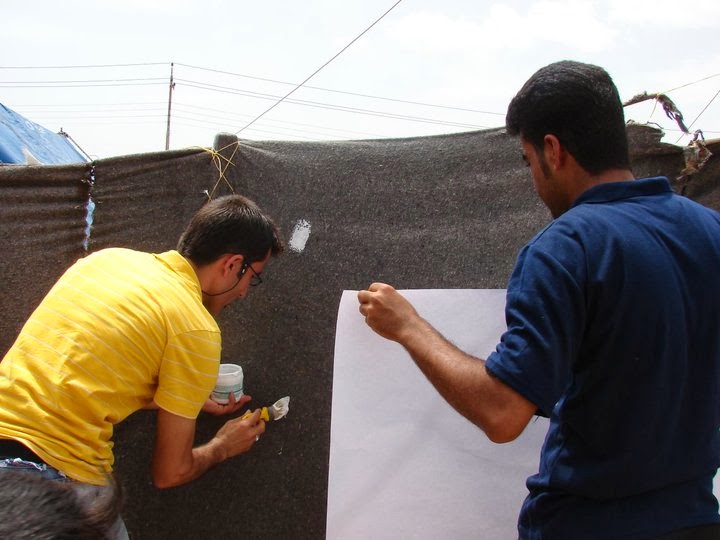 It is an artistic project carried out in Kawe Camp in which more than 200 family, Kurdish refugees from Iran live. They have been under the threat of terror in south Iraq and after with help of UNHCR transported for this camp in Erbil-Kurdistan so they have had a difficult life. With the help University students- College of Fine Arts in Erbil and Campaign for Kawe camp and people’s participation of camp.
Show more
1 comment:
Email ThisBlogThis!Share to TwitterShare to FacebookShare to Pinterest
Newer Posts Older Posts Home
Subscribe to: Posts (Atom)